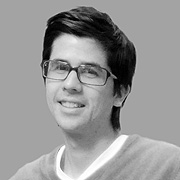 Karl is co-founder of a new startup, Addimation, Inc. He holds a Ph.D. in Computational Design from Carnegie Mellon University and most recently worked as a Principal Research Engineer at Autodesk and in the Interaction Group at Disney Research. His research has been presented internationally at venues such as ACM SIGGRAPH, ACM UIST, and ACM CHI. He has 20 publications, 10 patents issued and pending, and his work has been covered extensively in the media including BBC, NBC, Wired, and New Scientist.